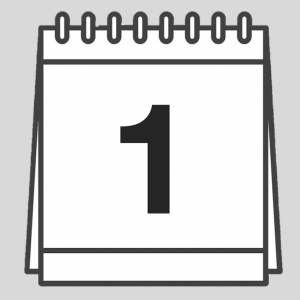 Zech 3:9 … and I will remove the iniquity of this land in a single day. ESV

I was once again taken (why am I still surprised) by the totality, perfection, timing, and revelation of God’s plan for man. Here, once again, God shared with His people exactly what He was going to do and it not only related to Israel in 520 B.C., it stands for us today.

The fourth vision God gave Zachariah  as revealed in his book (Zech 3:1-10) is where God refers to Joshua, the High Priest, and his companions as a wonderous sign (vs 8) and He promises that He would remove the iniquity of this land in a single day; He would do it in four ways. This speaks directly to us here some 2600 years later.

Our High Priest Intervenes for Us

In these verses we see Joshua standing in front of the Angel of the Lord (Jesus) and alongside him in opposition is Satan, whereupon Jesus rebukes him. That’s what Jesus promised us that He would do for all of those who believe in Him. Paul reminds us of His promise …

Rom 8:33-34 Who shall bring any charge against God’s elect? It is God who justifies. 34 Who is to condemn? Christ Jesus is the one who died—more than that, who was raised— who is at the right hand of God, who indeed is interceding for us. ESV

The Lord told Satan that Israel is a brand plucked from the fire. Jude echo’s that statement… pulling them out of the fire (Jude 23). Despite all the misfortunes, trials, and judgments that the Jewish nation has endured, God has prevented them from being destroyed. And He has done the same for the church; for every believer who has faced his or her trials. As Satan stands before Jesus and condemns us, Jesus utters the same words … The Lord rebuke you, Satan. Yes, our High Priest intervenes for us 24/7/365.

Our High Priest Cleanses Us

Those pure vestments (rich robes; KJV) are the garments of salvation, the perfect righteousness of our Lord. Just as Joshua was reinstated by God, so the bride of Christ has been reinstated and had her garments replaced with His righteousness. She has been cleansed by His blood in one day (vs 9), in one final sacrifice on the cross. In exchange for our filthy rags, He has put on His righteousness.

Our High Priest Challenges Us

The Angel of the Lord commanded them to put a clean turban on his head (vs 5).  The turban with a plate on the forehead was a reminder to the High Priest of his special task before the Lord. And that same message applies to us today as God’s plan from the beginning was to make me a kingdom of priests (Ex 19:6). And so Peter challenged us …

1 Peter 2:4-5 As you come to him, a living stone rejected by men but in the sight of God chosen and precious, 5 you yourselves like living stones are being built up as a spiritual house, to be a holy priesthood, to offer spiritual sacrifices acceptable to God through Jesus Christ. ESV

And as Jesus’ bride, His priests, we are challenged … If you will walk in my ways and keep my charge, then you shall rule my house and have charge of my courts, and I will give you the right of access among those who are standing here (vs 7).

Our salvation is a free gift from God, but the honor and privilege of serving Him as priests in His Kingdom, as well as His promise of future rewards, are directly conditioned on our obedience and faithfulness here and now. Note that IF we walk in His ways and IF we will keep His charge (His command) … then we will be a holy priesthood.

Our High Priest Delivers Us

Zechariah’s vision was given in order to teach us something about our Lord Jesus. He is referred to as My Servant and the Branch (vs 8). In both cases He is being referred to as The Messiah and as the Branch it corresponds to four presentations of Christ in the gospels* …

As our Joshua, Jesus has intervened on our behalf, cleansed us, challenged us, and delivered us In One Day!  Israel will also confess her sins and be forgiven by God In One Coming Day! The Lord revealed that to Zechariah here in his fourth vision…

Zech 3:10 In that day, declares the Lord of hosts, every one of you will invite his neighbor to come under his vine and under his fig tree.” ESV

Everyone sitting under his or her own fig tree is the perfect picture of contentment and happiness …. In That Day.