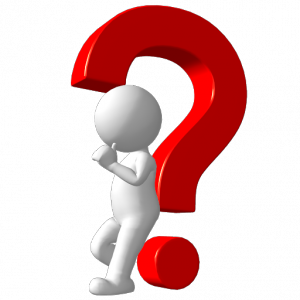 I have been going back to the Old Testament in studying about God’s plan for man from the beginning, to now and into the future. The visions of Zechariah have not been easy to fully understand as they relate both to the people of God in 585 B.C. and those of us in the 21st century. Especially in Chapters 7 and 8 where God poses three questions we need to answer regarding what it means to be His people:  Are we serving ourselves or God? Are we listening to ourselves or God? Are we ready for the future?

Let’s briefly visit each of these challenges in Zechariahs vision and see what impact they have for us. To help in getting the message we’ll use The Living Bible translation.

Are We Serving Ourselves or God?

Zech 7:4-7 This was the Lord’s reply: 5 “When you return to Bethel, say to all your people and your priests, ‘During those seventy years of exile when you fasted and mourned in August and October, were you really in earnest about leaving your sins behind and coming back to me? No, not at all! 6 And even now in your holy feasts to God, you don’t think of me, but only of the food and fellowship and fun. 7 Long years ago, when Jerusalem was prosperous and her southern suburbs out along the plain were filled with people, the prophets warned them that this attitude would surely lead to ruin, as it has.'” TLB

God challenged Israel by asking them if it is possible to use fasting and mourning as a way of calling attention to themselves instead of God. The point was that true fasting and mourning are outward signs of genuine grief and repentance. Self-imposed religious acts that are not scriptural are just self-glorifying and expressions of our preoccupation with ourselves. Paul put it this way …

1 Cor 10:31 Well, I’ll tell you why. It is because you must do everything for the glory of God, even your eating and drinking. TLB

Walter C. Kaiser put it in perspective for us … Let us not waste a lot of time and motion. Let us return to the true and tested paths first set out by the former prophets. There just is no substitute for heart righteousness; all religious acts must flow out of a genuine response of faith and obedience to God, or they are merely self-serving, self-glorifying and, consequently, self-condemning.

Are We Listening to Ourselves of God?

Zech 7:8-12 Then this message from the Lord came to Zechariah. “Tell them to be honest and fair-and not to take bribes-and to be merciful and kind to everyone. 10 Tell them to stop oppressing widows and orphans, foreigners and poor people, and to stop plotting evil against each other. 11 Your fathers would not listen to this message. They turned stubbornly away and put their fingers in their ears to keep from hearing me. 12 They hardened their hearts like flint, afraid to hear the words that God, the Lord Almighty, commanded them-the laws he had revealed to them by his Spirit through the early prophets. That is why such great wrath came down on them from God. TLB

The Gospel is not a social gospel but it has social implications for us to understand and be obedient to. If we neglect our duties to our fellowman we will have a society that is dead toward God. It will become a society that says “down with the fetus,” down with the victims of crime,” “down with the oppressed.” If we’re honest , it sounds like we might already be there. Have we stopped up our ears and hardened our hearts? Perhaps that’s why the church is having a hard time hearing the Lord …

Zech 7:13 I called, but they refused to listen, so when they cried to me, I turned away. TLB

I am not sure if the church realizes how important it is to listen to God and the word He has sent through His prophets and apostles. Strong food for thought!

Are We Ready for the Future?

Zech 8:20-23 People from around the world will come on pilgrimages and pour into Jerusalem from many foreign cities to attend these celebrations. People will write their friends in other cities and say, ‘Let’s go to Jerusalem to ask the Lord to bless us and be merciful to us. I’m going! Please come with me. Let’s go now!‘ 22 Yes, many people, even strong nations, will come to the Lord Almighty in Jerusalem to ask for his blessing and help. 23 In those days ten men [an indefinite number signifying a large multitude] from ten different nations will clutch at the coat sleeves of one Jew and say, ‘Please be my friend, for I know that God is with you.'” TLB

Israel was incredibly blessed by the Lord but at the same time judged for her disobedience; but God never failed on His promises to His people. Here in His message through Zechariah God reminds them that He has a glorious future planned for Israel. Israel’s fasts would be turned into times of joy and gladness and cheerful feasts (NKJV). God is reaching out to Israel with the promise of Jesus Millennial Reign when all the world (the gentiles) will look to Jerusalem and turn to God, and they will do it urgently – let’s go now!

Are We Up to the Calling?

His promises to Israel about the future should provide the incentive to live a holy life in the present, as they should for Jesus’ bride as she will be kings and priests in His Kingdom. What God wants from His people and Jesus wants from His bride is authenticity. Too often we serve ourselves, rather than the Lord. Too frequently we listen only to what we wish to hear, with little or no regard for what God is saying. It’s wrong to think that just attending a service at church can substitute for personal holiness in preparing to meet our bridegroom. Likewise, it’s wrong to substitute just having the Word of God for a genuine response to what it teaches.

God’s word to Zachariah in his visions sent a clear message to Israel and to the bride of Christ. He wants us to love truth and peace for if we do we will enjoy the incredible works that He predicts will follow in the days and events surrounding His second coming.