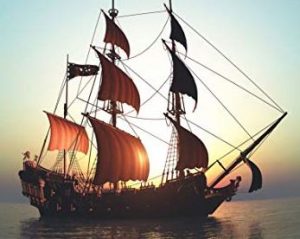 I am in the process of wrapping up my latest study in the Book of Acts and this morning I joined Paul as he set forth on his trip to Rome. In particular, the instance when the captain of the ship and the centurion decided to ignore Paul’s admonition from the Lord and forge ahead based upon their “knowledge” and a “false sense of security.”

Acts 27:9-12 Since much time had passed, and the voyage was now dangerous because even the Fast was already over, Paul advised them, 10 saying, “Sirs, I perceive that the voyage will be with injury and much loss, not only of the cargo and the ship, but also of our lives.” 11 But the centurion paid more attention to the pilot and to the owner of the ship than to what Paul said. 12 And because the harbor was not suitable to spend the winter in, the majority decided to put out to sea from there, on the chance that somehow they could reach Phoenix, a harbor of Crete, facing both southwest and northwest, and spend the winter there.

And if there was any doubt, they looked at their circumstances for assurance, and that is just what they got…

Acts 27:13 Now when the south wind blew gently, supposing that they had obtained their purpose, they weighed anchor and sailed along Crete, close to the shore.

But that assurance didn’t last…

Acts 27:14-15 But soon a tempestuous wind, called the northeaster, struck down from the land. 15 And when the ship was caught and could not face the wind, we gave way to it and were driven along.

After reading through that whole affair I got to thinking how often that very same thing has occurred in my life. The many times I have taken a decision that was influenced by the presence of a luring south wind blowing gently. Looking to my favorable circumstances just like the ship’s captain and the centurion.

But what about Paul? He didn’t allow himself to be influenced by what was going on around. He was only interested in what the One who sent him on his journey had to say. What was God’s guidance in the matter at hand? Thinking about that brought to mind something John Phillips said about how we need to be taking decisions when faced with a course change in our life. He noted that there are three factors that need to be accounted for by believers, and all of them should line up…

The Inner Voice of Conviction – Our normal reasoning process and that feeling we get down inside that needs to be heard but needs to be evaluated by carefully monitoring our conscience; it can’t always be trusted.

The Voice of Circumstance – We need to remember that God can open and close doors for us, but so can the enemy. We need to ask ourselves whether or not the opportunity in front of us is in line with the goals that God has for our life. This is where I usually find myself having the most difficulty… spending time! And, truthfully, the issue is almost always the same: Satan pushes and urges me to act on impulse… it’s now or never – the Lord never pushes. Satan comes on like the gently blowing south wind, appealing to my tendency of “taking a decision now now.”

The Deciding Factor, the Word of God – Yes, what God has to say in His Word is the deciding factor. But that doesn’t mean we are to start flipping through the Bible to find some verse to support what our conviction and circumstances are telling us. What God wants (in every instance) is for us to is to wait on Him in prayer, day-by-day and word-by-word. And it is certain that as we spend time in His Word that He will either confirm or contradict the other two voices. It’s only when all three voices align perfectly that we can be certain that we are on the right track.

That was where Paul was as the ship sat anchored at Fair Havens. The captain and the centurion were basing their decision on conviction and circumstance while Paul had the Word of the Lord… the Word that should have warned them but it did not. That’s a good word for us… never allow other considerations to outweigh God’s Word. Never take a decision without aligning all three, with God’s Word being the trumping factor.

Beware of the softly blowing south wind that can quickly become a tempestuous northeaster!

2 Responses to “Beware of the South Wind”