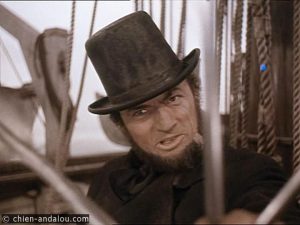 Do you remember as kid when playing a game and teams were chosen? For me it was baseball, and there was nothing more important than being chosen by the team captain, and nothing worse than to be left for the last. The key to the whole process was that “I” was not doing the choosing. That was the point Paul made in his letter to the Ephesians.

Eph 1:3-4 Blessed be the God and Father of our Lord Jesus Christ, who has blessed us in Christ with every spiritual blessing in the heavenly places, even as he chose us in him before the foundation of the world, that we should be holy and blameless before him. In love … ESV

And in the words of Jesus …

But why did He choose us?

I have read Herman Melville’s book Moby Dick several times, as well as watched a number of movie versions. There is a scene where Captain Ahab continues to tighten a carpenter’s vise on his hand. In what seems to be some form of self-punishment, he keeps drawing it tighter and tighter. The grimace on His face reflects a determined sternness as he looks to the sky and says, “A man has to feel something that holds in this slippery world.”

Do you ever feel that way? I know I have on many occasions in this slippery world. Just pause and look at the world around us here in the 21st century. Our wide-open, permissive society is beginning to look like first century Rome. We don’t take sin seriously. The world is bent on gratifying its desires for its own pleasure; “if it feels good, do it.” But God offers a different way and He chooses us for a purpose … that we would be holy and blameless before him. In love. The problem is that the church has often mistaken the the meaning of this. The separation here is not from the world, it’s a difference expressed in the world.

In the Greek, the word “blameless” is amomous, which means unblemished. Our lives are to be an unblemished sacrifice to the Lord. Listen to Paul …

Rom 12:1 I appeal to you therefore, brothers, by the mercies of God, to present your bodies as a living sacrifice, holy and acceptable to God, which is your spiritual worship. ESV

Holy and blameless – Holy and acceptable; there can be no second-best. The “I’m only human” excuse doesn’t fly. Being chosen for a purpose means that as Christians, in our humanness, we are to be holy and make our life an offering to God.

When Paul speaks of in the heavenly places he is not referring to the place where God lives or where Christians go when they die. For Paul it was not only the abode of unseen good and evil, it is man’s spiritual environment as contrasted with the world in which we live. And the power of Christ is ours as we do battle in the spiritual realm because He chose us for a purpose and has given us every spiritual blessing in the heavenly places.

Yes, God chose us, but there are responsibilities that go along with that choice. We have been chosen with a purpose and our spiritual enemy fights with us every day to squelch that purpose. We cannot forget that that while there are many battles to be fought as His chosen army, the victory is already assured in our bridegroom. He chose us and so as Paul says, when we have done all to stand, we are to stand as victors… His chosen victors!