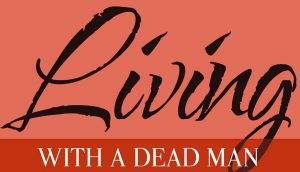 As you well know, I have written many times about God’s plan for our life. It is the same plan for each one of us, although the specifics are individually unique. In every case, however, there is one thing that is universal… we are to suffer with Jesus. Here are just three examples:

Rom 8:17 And if children, then heirs; heirs of God, and joint-heirs with Christ; if so be that we suffer with him, that we may be also glorified together.  [experience pain jointly – sympathize]

Phil 1:29 For unto you it is given in the behalf of Christ, not only to believe on him, but also to suffer for his sake; [feel, passion]

Compare these verses with what Paul wrote to the Philippians…

Phil 3:10 That I may know him, and the power of his resurrection, and the fellowship of his sufferings, being made conformable unto his death; [death having taken place]

In this case the NIV translation is more accurate… becoming like him in His death. There is a difference between “suffering” and “death” beyond the obvious being alive or dead. Note that the Greek word in 3:10 means that “death has taken place.” The point being that while we “are suffering” with Him in this life, we are also “dead” with Him.

Think about it this way.

To be dead with Christ is to be as if we were not. That means we are to recognize ourselves in Jesus and not know our old self anymore. Paul expressed that fact in his letter to the Corinthians where he refers to his old self as someone he used to know. It was if it were another person who is dead.

It is not “to die” with Christ, its “being dead” with Christ. For Paul to be dead with Christ was to be truly alive. When we can acknowledge the fact that we are truly dead we are living in His victory and His rest. As A.B. Simpson put it: We are so dead that we have even ceased to be conscious of it, and are conscious only of Christ and the resurrection life which has come to us through Him.

Maybe that is why Paul was able to say…

James 1:2 My brethren, count it all joy when you fall into various trials, 3 knowing that the testing of your faith produces patience.