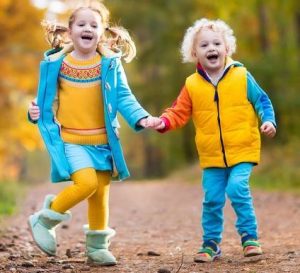 J. B. Simpson relates the story of a successful businessman and his two sons that were in the business with him. One son was in a position of high responsibility, and the other in a much lower position. A visitor noticed that in the family circle both sons were treated with equal affection. He asked the gentlemen if he was really doing as well by the second son as he could, and he replied that he was doing as well as he could. “I have longed to be able to advance my boy to a much higher place, but I cannot do so until he qualifies, and I am doing all for him at present that I really can, but not all that I would love to do.”

Not only does the Lord dwell in us; He walks in us. Everything in our Christian life is prompted by Him. It is our place to live in holiness as His children.

We are to cherish what He wants for us and avoid anything that would cast a shadow on His name. Our loving Father is watching over us just like that businessman. His desire is for our highest good and to give us His best things. But He does this only as we rise up and meet the conditions and requirements.

1 Cor 7:24 Brethren, let each one remain with God in that state in which he was called.

This is the heart of our Father. We need to make it possible for Him to do His best for each one of us, and that is only possible if we remain where He has us at the moment. We need to live in holiness as His children.

God has His best things for the few who dare to stand the test; God has His second choice for those who will not have His best (A. B. Simpson)