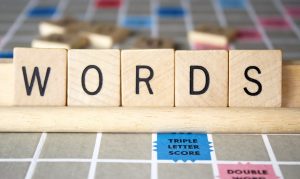 Once again, it never ceases to totally amaze me that I can read something in the Bible and all of a sudden an entirely different thought or understanding hits me. And perhaps that is why I love reading and studying the Word so much… there is always something new with the turn of a page.

Mark 14:32-34 Then they came to a place which was named Gethsemane; and He said to His disciples, “Sit here while I pray.” 33 And He took Peter, James, and John with Him, and He began to be troubled and deeply distressed. 34 Then He said to them, “My soul is exceedingly sorrowful, even to death. Stay here and watch.”

Every time I have read this verse, and the account in the other gospels, I have thought about how terrifying it must have been to know that you were about to suffer the cruelest of all executions; crucifixion. But what the Holy Spirit reminded me of was that, while I am sure that Jesus thought about that fact, it wasn’t what caused Him to be exceedingly sorrowful, even unto death. He was completely surrounded with grief… unto death; I almost die. No wonder He asked them to stay here and watch.

Mark 14:35-36 He went a little farther, and fell on the ground, and prayed that if it were possible, the hour might pass from Him. 36 And He said, “Abba, Father, all things are possible for You. Take this cup away from Me; nevertheless, not what I will, but what You will.”

The verb for “fell” as used here is in the imperfect tense… Jesus kept on falling to the ground. And the word for “prayed” is also in the same tense. In His humanity Jesus kept on praying the same prayer, crying out to His “Daddy” and His “Father.” He was in such pain that Luke tells us that His sweat became like great drops of blood falling down to the ground. Here was pain and agony that is beyond anything we can imagine, and when we look beyond that pain for the true cause it opens up a whole new layer of understanding.

It wasn’t the thought of being crucified, it was the reality of His being brought into contact with another world. The unspeakable horror that sat before Him was the world of our sin and the full impact of the fact that He would take all that upon Himself… all of our guilt. Verse 33 in the NKJV says that He was troubled and distressed, but in the KJV it says that He was sore amazed.

It is interesting that ekthambeo (to throw into terror; stunned with astonishment) is only used in two places in the Bible, both in Mark’s Gospel. The first time is when Jesus came down from the Mount of Transfiguration and all the people were greatly amazed (9:15). The people were awed by the magnificence of another world. And here in the garden Jesus comes face-to-face with “another world” and He is “thrown into terror” at the thought of it. The Man who knew no sin was faced with the full horror of our sin and it caused Him overwhelming shock. The reality of what He saw must have even exceeded what He expected, and Mark emphasizes that when he said that He was deeply distressed. The word means very heavy, deeply weighed down, depressed. He found Himself in a situation where He no longer belonged. It was then he cried out to the Father and returned to His disciples to find them sleeping. It was then that He did something that tells us a lot about “our relationship” with Him.

Mark 14:39 Again He went away and prayed, and spoke the same words.

How many times have I come before the Lord with the same prayer but offered it up in different words? As I think about it, it’s like, let me make my self clear, let me emphasize the importance of my prayer. What Jesus faced again when He returned to the garden to pray was exactly the same, and No New Words would have changed anything.

Yes, I know that we are to avoid vain repetition and allowing our prayers to become mechanical. But when we are confronted with an agonizing situation and have lifted up our prayer, it is then that rather than repeating it in different ways we need to stand on His promise that He hears our prayers and will answer them in accordance with His perfect will… nevertheless, not what I will, but what You will.

That’s what it comes down to. Our total faith and trust in His perfect will for our life in every challenge this life sets before us. Jesus pointed the way as He faced the greatest challenge of His humanity. He trusted in the perfect will of His Daddy, His Father. There were No New Words needed and No New Words spoken. He stood by His prayer in trust and faith in His Father…

Can we do any less?