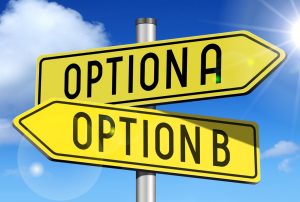 The Pharisees had just questioned Jesus by asking Him by what authority He did “these things” (Matt 21:23-27) and His response was to ask them where John the Baptist got his authority. They could not and therefore Jesus did not answer them. Instead, he turned to the crowd and shared three parables (21:28-32) with them, which were indirectly directed at the Pharisees. It is the third one that caught my attention (the marriage of the king’s son) that got me focused on our marriage to The Son.

What Jesus was guarding against in this third parable (22:1-4) was possible misuse of the gospel of “free grace” and to show that while all sinners can receive His mercy, they can’t use it as an excuse for sin. In other words, in accepting His forgiveness, they must also accept His holiness. Consider the man who came in “not wearing wedding clothes” and note the word “not, which in the Greek has two distinct meanings. The first references the “outward” fact and the second, as it does here references the “inward” fact. Not only did the man “not” have any wedding clothes, he was “willfully” without them. It was his decision not to wear them.

Now here is the key point. It was a willful decision because the wedding garments were provided by the host and loaned for the guests, who passed into a dressing room upon entering and were robed for the feast. What a perfect picture of both salvation and sanctification.

The lesson here is that just because of the fact that the Lord’s mercy is “free,” we cannot accept it and then appear before Him in our own self-righteousness. We must accept His grace in its fullness and therefore “sanctification” is not an option… it’s an obligation.

The man’s willful neglect left him speechless when the master asked him why he was not wearing a wedding garment. Notice that the word used for friend is “companion.”

Matt 22:12 And he saith unto him, Friend, how camest thou in hither not having a wedding garment? And he was speechless.

How sad the end result…

Matt 22:13(a) Then said the king to the servants, Bind him hand and foot, and take him away, and cast him into outer darkness; there shall be weeping and gnashing of teeth.

Sadly, many fail to choose. They reject the offer of wedding garments and find themselves cast out. Corrie Ten Boom had a great definition of the difference between “called” and “chosen.” She said it’s like a door that has a sign on the outside (called) and when you open the door and step in, closing it behind you, there is another sign (chosen). Matthew Henry describes it this way…

Christ died, the sacrifice was offered, for him (the guest), the ministers of the Gospel invited him; the Holy Spirit strove with him; he might have been saved, but he was not: and the fault lies so absolutely at his own door that the just God is vindicated in his conduct, while he sends him to hell, not for the lack of what he could not get, but for the lack of what he might have had, but either he neglected it or refused it.

This represents the conduct of the nominal Christian. Salvation might have been his, but he chose the filthy rags of his own righteousness. He is to blame, he was invited (called) but he would no come (choose), refusing to be saved in the way provided in the gospel. Called – Chosen – Sanctified. He calls, we choose and then we walk out our sanctification. Showing up without a wedding dress is not an option.