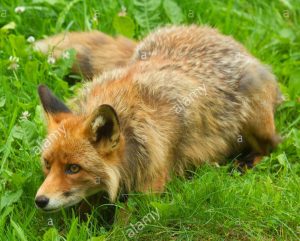 Like all of you, I have been thinking a lot about what happens after this pandemic passes. We will have, I am certain, worked through this crisis but many things we have taken for granted will change. In reflecting on that I was warned not to stand fast on that victory but be alert for what may be coming in a small package. Let me share with you the warning I received from Oswald Chambers in a note he titled Is It Not In The Least Likely?

We must ever be on the alert that after a big victory we tend to relax and lose our focus, taking the small challenges (traps of the enemy) for granted. The temptations never stop coming and it’s at those times that we are most vulnerable… Is It Not In The Least Likely? Paul touched on this in his first letter to the Corinthians:

1 Cor 10:12-13 Wherefore let him that thinketh he standeth take heed lest he fall. There hath no temptation taken you but such as is common to man: but God is faithful, who will not suffer you to be tempted above that ye are able; but will with the temptation also make a way to escape, that ye may be able to bear it.

Chambers put it this way: “You have gone through the big crisis, now be alert over the least things.” We will have remained true to God in this crisis, but the temptation will be to “take a deep breath” and fail to remember where the victory came from. From the very beginning, time and time again, men and women in the Bible have fallen after standing strong in God through the major crisis because they didn’t remain watchful for the Least Likely challenge. The enemy is just lying in wait for our guard to drop, thinking that we handled the “big one”and we forget to look out for the “little one.”

The bottom line is for us to rejoice in the victory that God delivers but watch out for the let down that opens the door for the “little foxes” to come and spoil the vine!