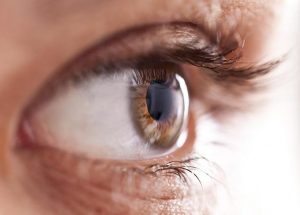 The reality is that the Peter and John saw… but did they see?

Mary Magdalene came running with the message that she “saw” that someone had rolled the stone away and had taken the Lord away. Immediately Peter and John ran to the tomb with John leading the way…

John 20:4-5 Both of them were running together, but the other disciple outran Peter and reached the tomb first. And stooping to look in, he saw the linen cloths lying there, but he did not go in.

In verses 5-8 John uses the word “saw” three times, but in each case it is a different word with a different meaning. Here in verse 5 the word is blepo; to see visually. He observed from outside the tomb that Jesus was not there, only the linen cloth that had covered Him. Then Peter caught up.

John 20:6-7 Then Simon Peter came, following him, and went into the tomb. He saw the linen cloths lying there, 7 and the face cloth, which had been on Jesus’ head, not lying with the linen cloths but folded up in a place by itself.

In verse 6 the word is theoreo; to look at with interest and purpose, observing the details. Peter went in and took in the scene, observing that the that the cloth that had covered Jesus face was “folded and set aside by itself.” In observing that fact, it meant something to Peter in the culture of that time. When someone had finished a meal and was leaving they would just wad up their napkin and walk away. But if they were not finished they would fold the napkin and set it aside to tell the waiter that they would be “coming back.” Peter was able to “see” because he studied the details carefully. Contrast this with Lazarus… he came out wearing his clothes because he would use them again; Jesus would not.

And then John followed him into the cave.

John 20:8 Then the other disciple, who had reached the tomb first, also went in, and he saw and believed;

In verse 8 the word is oida; to know by perception; by revelation (rhema). We get our word “idea’ from oida… I get it! John “saw” and believed. Jesus had often told them that He would die and be raised up again, but they did not apply what they knew from scripture. The Old Testament spoke of the resurrection of the Messiah… they believed that Jesus was the Messiah… but did not reflect on that fact at the moment.

John 20:9 for as yet they did not understand the Scripture, that he must rise from the dead.

Peter saw and wondered… John saw and believed. At one time in our life as unsaved sinners we also saw… blepo, theoreo, oida. We observed, we studied and we believed. It is our task now to help others to look into the empty tomb and … See that He has died, has risen and will come back.