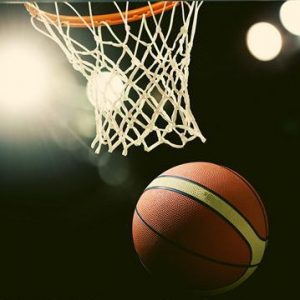 A famous college basketball coach who had an NCAA championship to his credit pulled his prima donna player aside before a game. “Now, Butch, the game is forty minutes long, and if you divide that between the two teams that means there is twenty minutes when one team will have the ball and there’s twenty minutes when the other team will have the ball. There are five players on each side and that means each player will have the ball for about four minutes. Now, Butch, I know what you can do with a ball in four minutes. What I want you to show me, is what you can do for the other thirty-six minutes.”

Paul could easily have been a prima donna in his letter but he wasn’t. He was a classic team player after his encounter with Jesus on the road to Emmaus. When we read his closing he highlights the work of others on his team; Tychicus, Onesimus, Aristarchus, Mark, Justus, Epaphras, Luke, Deman, Nymphas, and Archippus. Apart from Mark and Luke it’s not a list of heroes of the faith. No, Paul took time in his conclusion to celebrate the others. He honored them with his “thirty-six” minutes. Paul, like the coach, makes it clear to us that the one at center stage for a moment can only come through if the rest of the team are performing well. For Paul, these men were his heroes; unsung and unknown and he celebrated their importance.

I once read that the church is like a ship. There are no passengers; all are members of the crew. It’s not made up of solo performers, it’s an orchestra with each member playing a different instrument, making a unique sound. Combined they are the symphony of the gospel that is lived and shared around the world.

It’s so easy for us to forget that we’re all playing on Jesus’s team and our calling and gifting are equally important to fulfilling His call to minister the gospel to a lost and forgotten world. So, the next time we see a member of the team shine in his or her four minutes, we need to celebrate the part they’re playing in moving the ball down the court, rather than focus on our four minutes. Does it really matter who puts the ball in the net as long as it goes in?

It’s wise for us to heed Paul’s closing words… And say to Archippus, “Take heed to the ministry which you have received in the Lord, that you fulfill it.” (Col 4:17)

018 How Do We Live The Obedient Life?