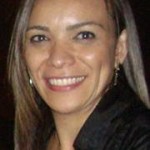 Pastor Catia Baker is the apostolic leader of Full Redemption Ministry, based in Sao Paulo, Brazil. Full Redemption is a Spirit-filled, non-denominational church and ministry in the heart of Sao Paulo, a city of 20 million precious people; the second biggest in the Americas. Her mandate is to bring a fresh word from Heaven with the demonstration of the Holy Spirit.

Catia displays the heart of a true Pastor. She was trained in bible school and college with a degree in Translation of English-Portuguese, which she uses as a tool for the work of the ministry. She has translated for several ministers in Brazil and Africa. She traveled to the United States as a missionary in 1999, was ordained as a Pastor in 2001 and founded Full Redemption Ministry. With a call to minister the Word and the Spirit to the nations in Brazil, the United States, and Africa, healings, deliverance and changed lives has been a trademark of her ministry.

How should one chase a thousand and two put ten thousand to flight, except their Rock had sold them, and the LORD had shut them up? (Dt 32:30). Her heart is to bring the Body of Jesus into a level of maturity and “make ready a people, prepared for the Lord”(Luke 1:17). There are many testimonies of a word in season, physical healings, and equipping the Body for the work of the ministry that are being experienced as they minister. 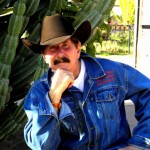 Dr. Martin Oliver has been called by the Lord to reach out and minister to the lost and hurting in this world. He has been given deep insight into God’s Word and skills with which to apply and minister His Truth to others. The Lord has taken Martin down a long road in preparation for this moment in time and provided him with the skills he needs to communicate God’s Word. He is a musician, certified teacher, board certified pastoral counselor through International Board of Christian Counselors and an Ordained Baptist and Non-Denominational minister. In the business world he has served as a vice president, writer/editor, director of corporate communications, business manager and director of marketing and sales. He has had his own management consulting practice since 1978 — Dr. Oliver’s Consultation — and has an academic background as a teacher of chemistry, biology, earth science, general science, Bible and physical education.

As an author and has written and published 24 books available on Amazon including: “When You Feel Like a Blob: Changing Self-Image God’s Way” and “Unlocking and Activating Your God Given Potential” along with numerous daily online articles regarding spiritual victory.

Martin has been married to Diane L. Oliver, his partner in ministry, since 1975 and they have two grown sons: Joshua and Austin. Diane is a gifted artist who has created all of Martin’s book covers and has shown her art works in California and Meridian, Mississippi where in 2009 she won 2nd place in the acrylic division at the Meridian Museum of Art’s People’s Choice Award for her portrait of John Wayne, “An American Father.” Diane’s website can be found at: OliversArtOriginals.biz