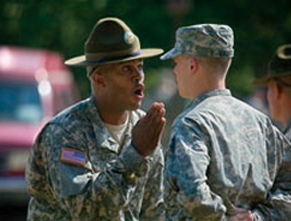 Do you struggle with being obedient to Christ in your walk with Him? If you do, maybe it’s because you don’t truly understand what it means to be obedient. It’s something we all struggle with that holds us back from allowing the Holy Spirit to cleanse our heart and renew a right spirit in us (Ps 51:10).

How true it is that we struggle with “keeping the law” when we don’t have to… are told that we are not to. It’s like we vicariously try to keep it by our “works” when that has forever taken care of by…

So when we read in Romans that by the obedience of one shall many be made righteous,  we need to remember that Jesus was being obedient in His submission to death on the Cross. That was His true obedience… His death brought us His righteousness. As W.R. Newell wrote, “Jesus went to the Cross and suffered the penalty of death for man’s guilt so that the result is an active righteousness’, reckoned to man; that is, Christ’s keeping the Law in man’s place; and second, a ‘passive righteousness,’ which consists of putting away of all guilt by the blood of Christ.”

Perhaps the reason we struggle with “obedience” is because we don’t fully grasp the truth of what His death means. We allow the enemy to blind us to the fact that as the bride of Christ, “we” died on the Cross with Him… We Died. Unless we are able to believe in our heart that we died with Him, that our old man died on that Cross, and that we were buried with Him, and that we rose from the grave with Him, we will never get free from the thoughts of a “guilty conscience,” and the results of that guilty conscience… works of obedience.

Our death on the Cross has set us free from not only our sins but the guilt that accompanies them. We are free to allow the Holy Spirit to cleanse our heart and renew a right spirit in us. To grow in Christ, to become spiritually mature in Him, to become all that He created us to be. But as long as we fail to understand that obedience has been replaced by grace, we will continue to bring our “goodness” into the equation. And that is hanging onto what Christ has taken from us… the filthy rags of our own righteousness (Isa 64:6).

Do you struggle with obedience? Perhaps you need to let the Word of God remind you that the law has dominion over man only as long as he “lives.” (Rom 7:1). As His bride you no longer live, you are dead, and therefore you no are no longer under the claims of the law on your conscience that result in your struggle with works of obedience. The work has been done. That was taken care of when you went to the Cross with Jesus. The only obedience we’re concerned with it obedience to the work of the Holy Spirit as He draws us closer to our bridegroom, as He works in us every day to bring us to spiritual maturity. But that won’t happen as long as we ignore the fact that we died on that Cross.

Every religion in the world involves “doing something” for its god. The heart of the Gospel is that we can do nothing for God because He did it all for us on the Cross. We can’t allow the enemy to use the longing in our heart to be holy and exhibit His righteousness in our daily lives to drive us into “obedient works.” We need to remember that His holiness has been applied to us by grace … by the obedience of one.

4 Responses to “Do You Struggle With Obedience?”