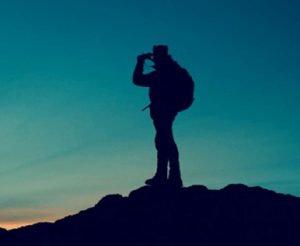 Have you ever found at some point in your Walk With God that He called a halt to what you were doing or where you intended to go? Did the blessing that you had enjoyed seem to disappear and the work you were engaged in become heavy and fruitless? As you reflected on where you were you could not really find anything that you were doing was the cause of the road block. I have been there more than once and so has someone else.

Acts 16:6 Paul and his companions traveled throughout the region of Phrygia and Galatia, having been kept by the Holy Spirit from preaching the word in the province of Asia.  When they came to the border of Mysia, they tried to enter Bithynia, but the Spirit of Jesus would not allow them to.

I’m sure it must have seemed strange to Paul, Timothy and Silas and hard for them to understand. Up to that point the Holy Spirit’s presence in their work had been a great blessing. I can imagine that they must have questioned themselves to see if there was something wrong with them. They may even have tried to push into Asia, which was a field that was ripe for harvesting. I know the feeling of thinking the Holy Spirit wants you to go in a certain direction and yet not being able to understand the resistance.

Just as it was for Paul and the others, God often has plans for us that are different from what we can see or envision and He is trying to show us. The problem is when we ignore that “check” we have down in our spirit or when we continue to try to go through that door that just won’t open. Let me go out on a limb here and suggest the perhaps that may be the reason that a great deal of the “work” the Lord wants His bride to accomplish is not getting done. Maybe that is why some of the bride are not being blessed… they are not where He wants them to be. I have been around long enough to see the bride selfishly wasting her energy, her money and her time pursing a path that the Holy Spirit has closed.

Luke is speaking directly to the church today as he relates the response by Paul, Timothy and Silas. They took time to discern what the Holy Spirit was saying, but even these strong men of God tried one last time.

Acts 16:6 When they came to the border of Mysia, they tried to enter Bithynia, but the Spirit of Jesus would not allow them to.

While it may have seemed the right time to go into the Roman Province of Asia in light of the success they had been enjoying, it was not the right time for the Spirit. God’s plan was not to continue in Asia Minor but to begin reaching out to Greece and then Europe. In all probability He made His message clear by delivering it through one of His prophets (Acts 11:7), confirming it in their spirits.

The message for us is a reminder that when things are suddenly changing or not going according to our plan we need to stop and ask God why. I have painfully discovered that stopping and seeking the Lord is a much better option than assuming that I am right and pressing ahead on my own. So it should be for the bride as a whole.

A.B. Simpson addressed the bigger picture and put the issue in stronger language for the church in general:

God is not blessing His church, because she is not where He wants her. She is wasting her energy, her money, her ministry, in religious selfishness, ecclesiastical extravagance and ritualistic forms in the name of religion, while her people are spending their God-given prosperity in every form of indulgence and selfishness.

A hard statement? Perhaps, but it is one that should challenge each one of us to stay in tune with the Holy Spirit on a daily basis. When things aren’t going the way we think they should our immediate response should be to ask why and wait until we get the answer. And that can only happen if we have a strong relationship with Him that is maintained on a daily basis.

Going to Asia? Better check with your travel agent first.